Welcome to the Trend Bettors Forum. Please be respectful of others, Trend Bettors and yourself. This forum is meant for like minded sports fanatics to share their thoughts on sporting events, make friends, and help each other win money doing what we all love. 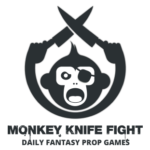 Thanks, CBS. Without your amazing intel i'd have no idea Saquon wasn't playing. I thought for sure he'd be back in two weeks for an injury that said he'd be out closer to 6 weeks. Rant over. Here's some more important, and hopefully helpful, injury news.

Adams is a huge loss, but the bigger loss might just be Tyron Smith. Zeke is still going to get his, but if this game is close and the Packers need a stop on 4&1, the Cowboys would be lying if they didn't say they were nervous without Smith out there. My guess is they run to the right and still get the first down though ha.

The 'Boys are favored by more than a field goal here and I think the final score is going to be right around there. Adams is a major loss, still, but the Packers have plenty of firepower on offense to keep it close.

With or without Adams, the Cowboys are the better team here. Zeke is going to earn a large portion of that pay raise tomorrow and the Cowboys are going to improve to 4-1 by way of a 27-23 victory at Jerry Land.

No online members at the moment